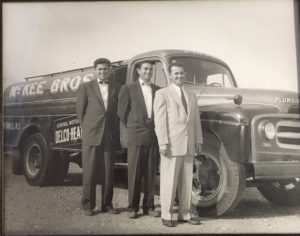 James J. McKee Sr., founded a local ice company in the year 1900. As the business expanded he was fortunate to have three sons, Charlie, Jim and Ray, who each joined the business as they reached their teens. Together, except for their tours of duty in the Second World War, they served the ice needs of the Cumberland/Lincoln area.

The demand for ice in the late forties was replaced by a “new technology”, electric refrigeration. McKee Brothers became a major supplier of electric refrigerators well into the early fifties. An even more important direction for the Company was chose during this period. McKee Brothers decided to enter the fuel oil business. Very quickly McKee Brothers established themselves as a major oil heating installation contractor, installing a substantial amount of the oil fired heating equipment in the area during that period.

When James J. McKee Sr. died in 1959, he left the business in the experienced hands of the second generation. The Company’s first acquisition was Plante Oil in Manville. The following year, 1962, Charlie McKee died, but the decision to continue with a plan of growth was brought home with the purchase of LaRochelle Oil also of Manville.

The next twenty-five years brought a period of rapid advances in the oil business. Once again McKee Brothers sought to establish themselves as experts in a new technology by staying abreast of all the rapidly occurring innovations in the heating industry, by being known for providing the best possible service to its customers. McKee Brothers enjoys that same great reputation for outstanding service today. The Company slogan remains, “Service awaits your call.”

All during this period of rapid change and growth, The McKee family never lost sight of their civil obligations, the most notable of which is the Cumberland/Lincoln Boys and Girls Club. Mr. James J. McKee worked tirelessly for over twenty-five years to bring a full facility Boys and Girls Club to the people of Cumberland/Lincoln area. Today that modern facility is located on a street named in his honor, “James J. McKee Way.”

1984 brought the retirement of Ray McKee, and the emergence of the third generation, when James C. McKee, and later his two brothers, Danny and Mike, joined the family business. Jim’s first responsibility was to research and ultimately develop the solar division. McKee Brothers can be proud of their successes in this environmentally important area.

January 1986 saw a renewed commitment towards expansion and growth. James J. McKee was pleased to see his three sons take a full time interest in the business, and direct a successful expansion program. On September 1, 1986 James J. McKee died suddenly, leaving the family business in the capable hands of the third generation of McKee’s.

In January 1988 the McKee Brothers acquired City Oil Company of Pawtucket, further expanding its growing customer base. Also in 1988 McKee Bros. Oil became one of the first companies to offer it’s customers price protection, instituting innovative programs that have become standard throughout the industry.

The 1990’s saw increased growth with the establishment of a full time sales department and with Mike McKee assuming the role of company President and General Manager.

In 2001 Dan McKee was elected mayor of the town of Cumberland. He was reelected in 2003 and again in 2007, continuing the McKee Family’s life long commitment to continuing service. 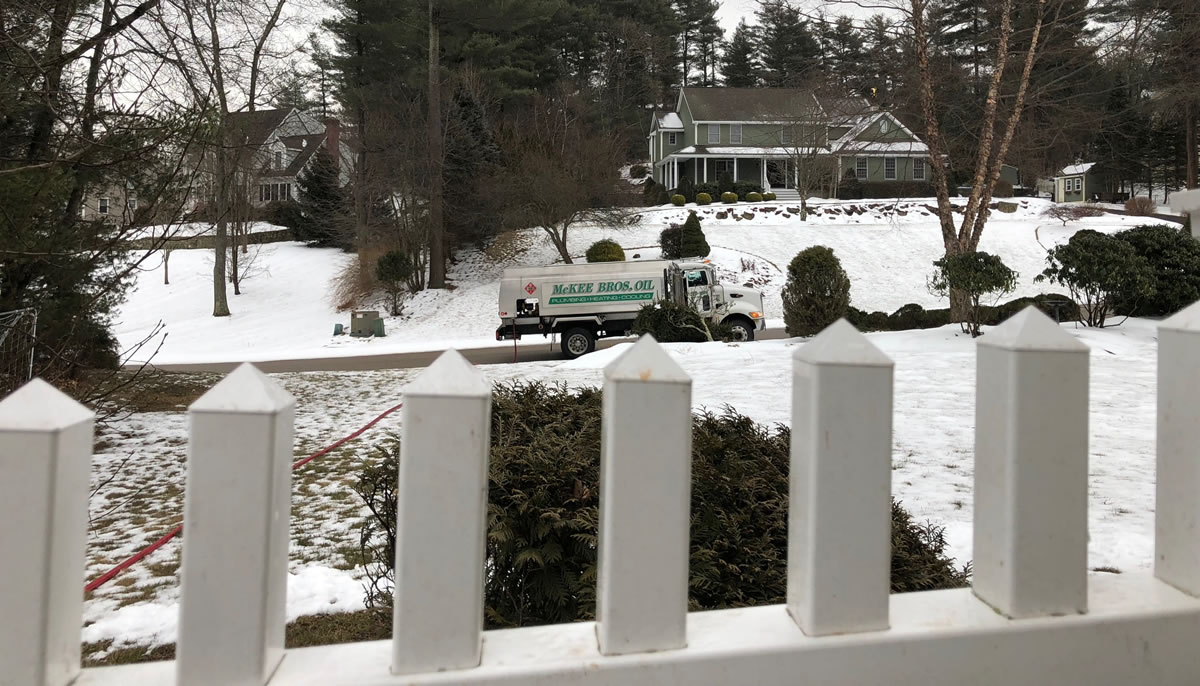 I want to tell you, my son and I are so pleased with our new heating system. Your technicians did such a beautiful job and were so polite when they were here. I couldn’t ask for anything more…just so pleased! Thank you again.

From the minute your two techs arrived – promptly at 8:30 – till they drove away at 4:45 PM, your techs were thorough, professional and friendly. Even though there were some challenges (small crawl space) – they kept at it till the job was done. Then cleaned up (!) and made sure we knew how everything worked. We are so pleased, God Bless each of you and bless this great local RI business. We appreciate you!

Your employee Dave came to our house toady in an emergency boiler fix. He was really nice and polite person. Couldn’t have been happier with his work quality.

Thank you for your fantastic service and going above and beyond- your technician found that our existing hot-water tank did qualify for the replacement and saved us almost a thousand dollars. I can’t thank you enough.

I just want to know the 2 gentlemen who put in our new boiler were fantastic! They were such good examples that demonstrated to my kids what teamwork is, problem solving and using humor even when you’re stuck all day in a small work space (sorry)! Little eyes were watching and these two men showed them what great men do and say. Thank you.